Rosacea (rose-AY-sha) is a common skin disease. It often begins with a tendency to blush or flush more easily than 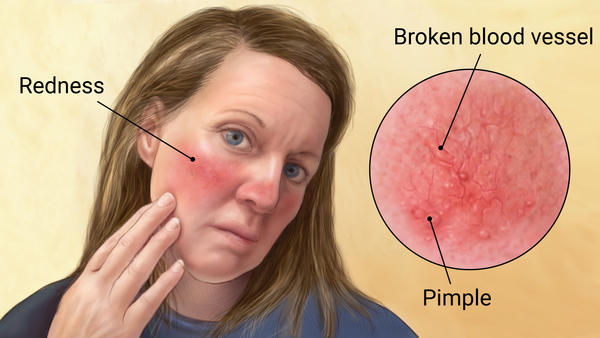 other people. The redness slowly spreads beyond the nose and cheeks to the forehead and chin. Even the ears, chest, and back can be red all the time. Many people are embarrassed by the constant “flushed” look and seek help from Dr. Rueckl of Lakes Dermatology.

There are so many signs and symptoms that rosacea has four subtypes:

With time, people who have rosacea often see permanent redness in the center of their face.

Please take a moment to review the rosacea education resources made available for you including:

Here are some famous people who have or had rosacea:

According to the National Rosacea Society (excerpt from website)

Rosacea (pronounced “roh-ZAY-sha”) is a chronic and potentially life-disruptive disorder primarily of the facial skin, often characterized by flare-ups and remissions. Many have observed that it typically

begins any time after age 30 as a redness on the cheeks, nose, chin or forehead that may come and go. In some cases, rosacea may also occur on the neck, chest, scalp or ears. Over time, the redness tends to become ruddier and more persistent, and visible blood vessels may appear. Left untreated, bumps and pimples often develop, and in severe cases the nose may grow swollen and bumpy from excess tissue. This is the condition, called rhinophyma (pronounced “rhi-no-FY-muh”), that gave the late comedian W.C. Fields his trademark bulbous nose.

In many rosacea patients, the eyes are also affected, feeling irritated and appearing watery or bloodshot. Although rosacea can affect all segments of the population, individuals with fair skin who tend to flush or blush easily are believed to be at greatest risk. The disease is more frequently diagnosed in women, but more severe symptoms tend to be seen in men — perhaps because they often delay seeking medical help until the disorder reaches advanced stages. While there is no cure for rosacea and the cause is unknown, medical therapy is available to control or reverse its signs and symptoms. Individuals who suspect they may have rosacea are urged to see a dermatologist or other knowledgeable physician for diagnosis and appropriate treatment.

What Should I Look For?

Rosacea can vary substantially from one individual to another, and in most cases some rather than all of the potential signs and symptoms appear. According to a consensus committee and review panel of 17 medical experts worldwide (see Classification of Rosacea), rosacea always includes at least one of the following primary signs, and various secondary signs and symptoms may also develop.

Other Potential Signs and Symptoms

The consensus committee and review panel of 17 medical experts worldwide identified four subtypes of rosacea, defined as common patterns or groupings of signs and symptoms.

How is Rosacea Treated? Because the signs and symptoms of rosacea vary from one patient to another, treatment must be tailored by a physician for each individual case. Various oral and topical medications may be prescribed to treat the bumps and pimples often associated with the disorder, and a topical therapy to reduce facial redness is now available. Dermatologists often prescribe initial treatment with oral and topical therapy to bring the condition under immediate control, followed by long-term use of topical therapy to maintain remission. A version of an oral therapy with less risk of microbial resistance has also been developed specifically for rosacea and has been shown to be safe for long-term use. When appropriate, treatments with lasers, intense pulsed light sources or other medical and surgical devices may be used to remove visible blood vessels, reduce extensive redness or correct disfigurement of the nose. Ocular rosacea may be treated with oral antibiotics and other therapy.

Skin Care Patients should check with Dr. Rueckl, to ensure their skin-care routine is compatible with their rosacea. A gentle skin-care routine can also help control rosacea. Patients are advised to clean their face with a mild and non-abrasive cleanser, then rinse with lukewarm water and blot the face dry with a thick cotton towel. Never pull, tug or use a rough washcloth. Patients may apply non-irritating skin-care products as needed, and are advised to protect the skin from sun exposure using a sunscreen with an SPF of 15 or higher. Cosmetics may be used to conceal the effects of rosacea. Green makeup or green-tinted foundations can be used to counter redness. This can be followed by a skin-tone foundation with natural yellow tones, avoiding those with pink or orange hues.

Lifestyle Management In addition to medical treatment, rosacea sufferers can improve their chances of maintaining remission by identifying and avoiding lifestyle and environmental factors that trigger rosacea flare-ups or aggravate their individual conditions. For listings of common factors that may aggravate rosacea in individual cases, see Rosacea Triggers. The National Rosacea Society offers free to its members a Rosacea Diary Booklet to assist patients in identifying factors that may affect their rosacea, as well as a booklet called “Coping with Rosacea” that provides tips on lifestyle management. 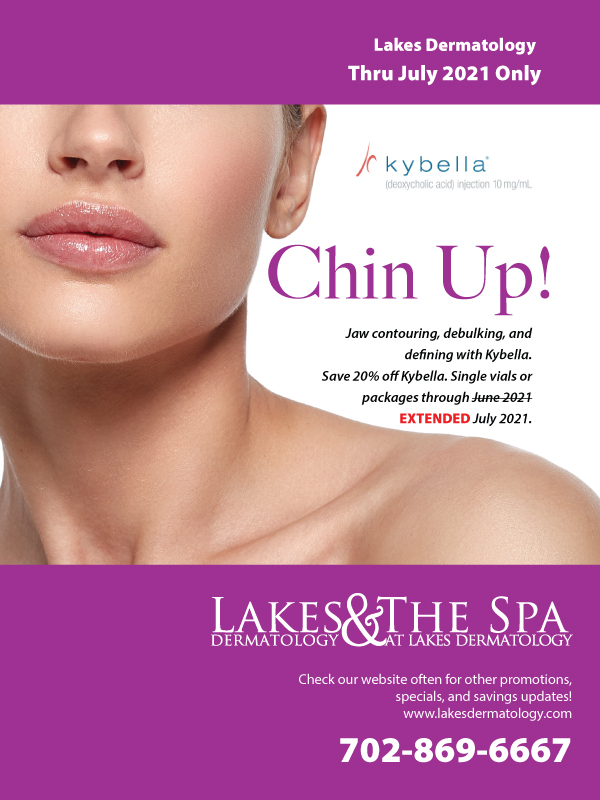