Switching To Medicare Advantage May Cost Patients’ Access To Their Dermatologist

The Affordable Care Act was designed to provide access to medical treatment for every individual. To that end, a grand total of 11.4 million Americans signed up for private health insurance by the end of the second enrollment period. (1) This is tremendous news, but there have been some unforeseen consequences associated with the passage of the Affordable Care Act. Money has been taken from Medicare and used for the implementation of the ACA, and there has been some noticeable effects. One such effect is that many people are choosing to opt out of Medicare and go instead with a Medicare Advantage plan. On paper, such a decision looks like a sound one as the premiums may be lower or that their medical options will be expanded, but many are finding out too late that their network of doctors, especially dermatologists, are being restricted. 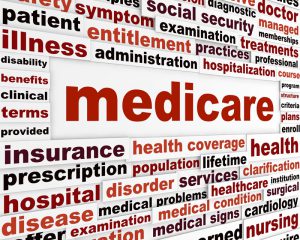 Dermatologists, such as Dr. F. Victor Rueckl of Lakes Dermatology in Las Vegas, are trying to inform their patients that changing their plan to a Medicare Advantage one may possibly end up with that patient losing access to their chosen dermatologist. Around the country, private insurers are cutting back on costs and are doing so by targeting physicians who incur higher costs. One such group is dermatologists who have a huge responsibility in treating skin cancer. In fact, almost five million people are treated for skin cancer every year in the United States. (2) The cost of treating such skin cancer can get quite high, especially if the doctor is aggressively treating the cancer in order to minimize the chance of it returning.

This treatment option is more costly in the short term, but is far less costly in the long term as the patient will be less likely to need to seek further treatment for a reoccurrence or undergo further hospitalization for the cancer spreading. However, such facts are not part of the insurers’ algorithms, so dermatologists are one specialty that is being targeted for removal from the network. In 2013 alone, United Healthcare sent out termination notices to over two thousand specialists from their provider networks in Connecticut. (3)

This unintended consequence may undo the great strides that have been taken over the last few decades in the awareness and treatment of skin care. It used to be that only older people would seek out a professional dermatologist, such as Dr. F. Victor Rueckl of Lakes Dermatology, in order to ascertain the health of their skin and to nip small problems in the bud before they developed into larger ones. That has now changed as younger people are now more used to wearing sunscreen outdoors and consulting with a dermatologist if any unusual spots or new moles are found. These young people are assuming that they’ll have a lifelong association with a dermatologist that they trust and know, but the reality of such medical professionals being pruned from Medicare Advantage plans means that such will not be the case. Many patients are shocked to learn that their trusted dermatologist is no longer part of their network and, as such, are deprived of their services unless they wish to pay out of pocket.

Such situations are far too common these days. Dr. F. Victor Rueckl of Lakes Dermatology in Las Vegas notes, “I’ve had quite a few patients come into my practice happy that they’ve signed up for a Medicare Advantage plan, which results in lower costs and premiums for them. However, their happiness is short-lived when I’m forced to tell them that my practice is not on their plan due to the insurer terminating our services. It pains me to have to inform patients that I’ve been treating for years and have built up a solid relationship with that I can no longer treat them as part of their so-called ‘new and improved’ plan. They believe that they’re getting a better plan with more options when they sign up for Medicare Advantage, but the painful reality is that they’re usually restricting the doctors that they can see without paying out of pocket.” (4)

The most important thing that one can do to ensure their choice of doctors is to thoroughly go over the benefits and drawbacks of the plans offered by Medicare and Medicare Advantage. This should be followed up by speaking directly to one’s physicians, such as Dr. F. Victor Rueckl of Lakes Dermatology in Las Vegas, to find out what plans they are currently on. As people have become increasingly aware, prevention and early detection are a key component of reducing long-term medical costs, especially in areas such as skin cancer. Breaking the connection between patients and dermatologists in order to save a few pennies will prove more costly in the long term.